On Saturday, I had the opportunity to participate in the 3rd Annual Barangay Disaster Coordinating Council first aid competition. It was an exciting experience to participate and become an honorary member of the council.


At the beginning of the program, I had the opportunity to address the audience.

For this annual event there were six teams from different barangay (districts) within the city. The teams do not necessarily have any formal training, but are really good at what they do. 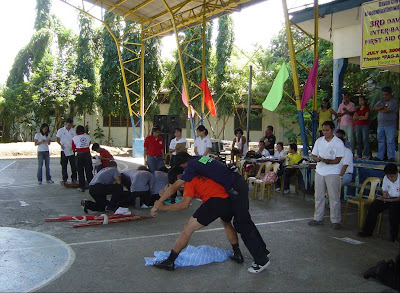 There is a clear contrast between the barangay teams and many of our Community Emergency Response Teams (CERT), which have formal training programs, but limited response. The barangay groups have limited formal training, self organized and often are the first on the scene to an incident.


Their volunteer response is part of their everyday life.


The following is a picture with all of the participants of this years program. 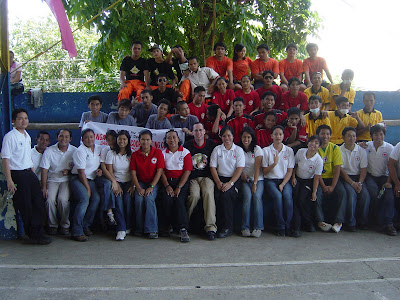 We would also like to introduce the world to my friends from the Silver Needles and all the other teams.


To get a true appreciation of this competition, take a look at the video from last years competition.
http://www.youtube.com/watch?v=eV3v70VxwbM

For counties that have multiple CERT teams, you may consider having a similar competition between teams. This is also an excellent idea to implement with neighboring counties.
Posted by Neighbors Helping Neighbors at 5:27 PM

There is one catch.

After the formal competition, all the teams then have a short dance competition.

Everyone had a great time, laughed and cheered on the other teams.