The Kadayawan Festival was made even more special with all the VIP treatment we received. Thank you to all of the people we have met during the time we spent in the region. 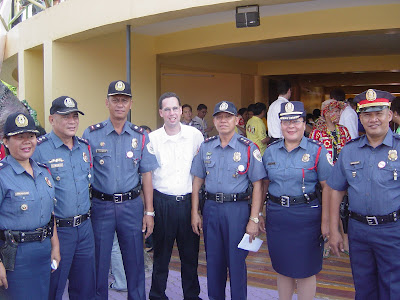 It was great for groups of people to come up to us, while doing their role at the festival and thanking us for the training, knowledge, and friendship we provided.

But was even better was to know that in the event of a major emergency or disaster that many of the people that were there protecting us, are all well trained in the Incident Command System (ICS) and can all answer the question "Who's In Charge".

From the volunteers, to the response teams, to the NGOs, to the University students, to the government folks. It was great to see everyone come together for such a great celebration. You are a team! And a role model for others around the world.

The following is a list of SOME of the many organizations we worked with.