Who knew I would be working with the best of the best volunteers?

As part of my volunteer work here in Asia Pacific, I would like to introduce you to some pretty incredible people. Several of which have already been featured in this blog.

Barangay Ma-a had a group of people who were headed in the wrong direction. The head of the group got these youth off of the street and turned them around. 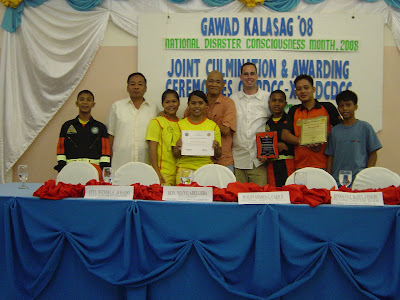 They are a bunch of energetic youth, who are back in school, and making a difference with others. Some of them even became instructors in a very short time.

Just like all the dedicated folks we have met, Barangay Ma-a is an incredible group of people with an incredible leader. Volunteers that are making a difference in their own communities and in the world.

Anyone up for a World Competition on Disaster Preparedness? There would be some excellent skill sharing and a new perspective for all.

Congratulations to this team. I look forward to spending some more time with them in the next few weeks.

It is great to see this starting with youth. Starting young creates a culture of volunteerism and caring. This is an inspirational story. It will be amazing to see, when they have children, what difference their children will have. They are setting the seeds for many future generations to follow.