Prior to our visit in Mindanao, we heard the travel warnings and were assured it was not in the areas we were visiting. That being said, it was not uncommon to go through a security checkpoint or see anti-terrorism vehicles. 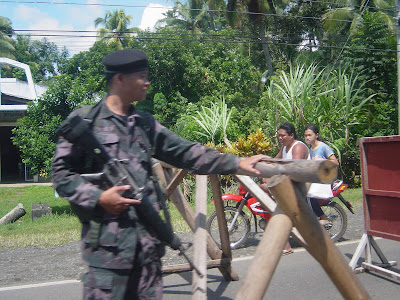 We even met with the mayor who ensured our safety. 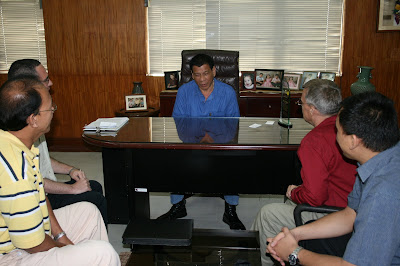 There were several incidents outside the city, during our visit, including a bus that was bombed about 15 kilometers away.


Several of the Philippine National Red Cross volunteers who we worked with and were previously featured on this blog, aided the victims. There is a complete article about the response to the Bus Bombing in Digos, Davao del Sur.


What amazed several of us the most, is that the city is very safe, but there really is a war outside of the city, a conflict that most of the world does not know about.

As we prepare to leave the area, we wish the people all the best and thank them for everything during our volunteer efforts. Stay Safe! And please keep in touch.

From time to time, we plan to feature articles on this blog from the region, highlighting some true heroes in the world.
Posted by Neighbors Helping Neighbors at 4:26 AM