"We just don't train... WE TRAIN!"
Members of the Fairfax County Citizen Corps Council and Community Emergency Response Team (CERT), do not just train to be prepared to help others in a disaster, they also play a vital role in helping our nation's military and emergency response agencies prepare for a major disaster.

Fairfax CERT regularly serve as victims as part of these exercises, such as Capital Shield (October 2007), as pictured below.

Exercises are conducted to help ensure that government agencies at every level are prepared to take coordinated action to protect the public in the event of an actual emergency across the National Capital Region. 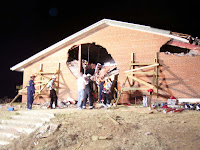 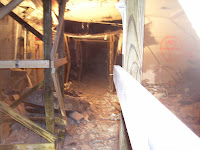 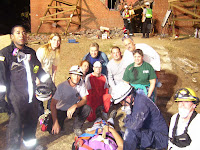 A special thanks to LT Branson and the 911th Engineer Company for getting us involved with these exercises. The 911th is best know for its response to the attack on the Pentagon. These guys are some of the best of the best!

The following are some of local, State and federal agencies who participated in Capital Shield exercises: