No Question WHY These People Volunteer! It's who they are.

While in the Asia Pacific, I have had the opportunity to meet some amazing, dedicated, energetic, passionate people. The words to describe them goes on and on.

Those from the Philippines National Red Cross are no exception. Everything about them is amazing.

There were only a limited number of people from the Red Cross at the first exercise, which I evaluated at the school. This was because these volunteers were responding to a bus incident with fatalities, where a device exploded. 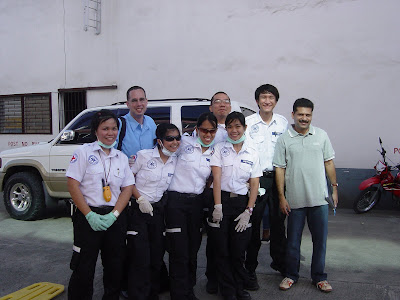 In one of the newspapers, the following was written, "VOLUNTEER WORK for the sake of the community’s safety and peace of mind may not sound like a profitable calling for many. But it is surprising to note that nobler hearts in this generation have chosen to take the road less traveled."

At times, the question has been raised, why do people volunteer? And often those that volunteer have either a story, dream, or reason for their dedication.

As part of "Disaster Prevention Month", one of the newspapers featured a story about Rogelio U. Aca, Jr., from the Philippines National Red Cross.

According to the article, "Aca himself was a victim of an improvised bomb explosion inside a passenger jeepney. He lost so much blood and was brought to a hospital, but was attended to the next day, losing much blood and exposed to sepsis. He even lost a loved one seated beside him in that incident."

The complete story can be found at: http://www.mindanaotimes.com.ph/story.php?id=20777

Surprisingly enough, my new friend, Mr. Aca received some of his training from Virginia. "Neighbors Helping Neighbors" is truly about sharing experiences "locally and around the world". And it has truly been an honor to work with him and members of his team. 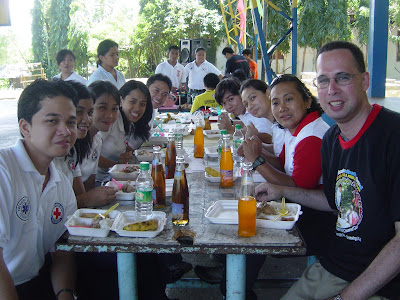 For those from outside of this region, the next time you work with volunteers, take a few minutes and ask them why they volunteer, you may be surprised.

I hope to keep in touch with all of the people I have met at the Philippines National Red Cross and other agencies in the Disaster Coordinating Council.