Earlier, we shared an article about Disaster Tourism. Why not take a different look at Tourism and Volunteers?
Michael Esguerra, located in the Philippines, previously submitted a Neighbors Helping Neighbors Red Cross Youth article. He is also a student, volunteer, and leader.
In the spirit of volun-Tourism
By MICHAEL M. ESGUERRA
The recent Kadayawan sa Dabaw was indeed successful. As usual, many tourists flocked to the city to witness the annual event. Each of these tourists – and even those from Davao themselves – have their own needs as they visited the city. This was the reason why another highlight of the recent festival launched a new kind of volunteerism that gave assistance to visitors.
For the very first time, the Davao City Tourism Operations Office (CTOO) and the City Government forged together to come up with an assistance counter that gave "avenue to young people to voluntarily render their time in the spirit of volunteerism."
Called the Kadayawan Tourist Assistance Counter (KTAC), it is the city's answer to the needs of tourists – both local and international – especially during the celebration of Kadayawan.
Mikee Aportadera, KTAC coordinator, said the team of volunteers addressed the immediate needs and requirements of tourists in the city. He added that volunteers were taken from the various tourism and hospitality management major students in Davao City.
According to CTOO, over 40 young volunteers passed the interview from different schools who qualified to give assistance to people who need help during the celebration. The volunteers were chosen based on their knowledge about the city and the Kadayawan Festival. 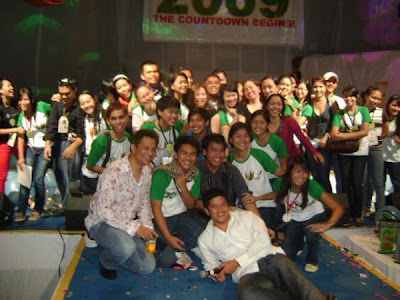 The CTOO wanted volunteers who were young and energetic who will not only assist the visitors but promote the city as well. The agency also believes that this group of volunteers plays a vital role in the festival as they would not only market the city but likewise as fast counter assistance on the queries of the tourists whether about the events or places to visit while in the city.
The volunteers were given the chance to interact with tourists and experience in assisting them.
KTAC volunteers were assigned to various establishments such in malls, hotels, Davao City International Airport, and Davao City Overland Transport Terminal. The tourist assistants also helped the festival's main activities especially in areas where tourists were expected to flock.
The CTOO said this type of volunteerism will not be only use during the Kadayawan but also on other activities of the city.
At the end of the day, volunteers feels great satisfaction even they were not expecting any remuneration but the experience is priceless. In deed, this young people have the spirits of VolunTourism.
Posted by Neighbors Helping Neighbors at 5:30 AM

Additional tips that were learned at the Volunteer Orientation for this event were previously included on the blog.